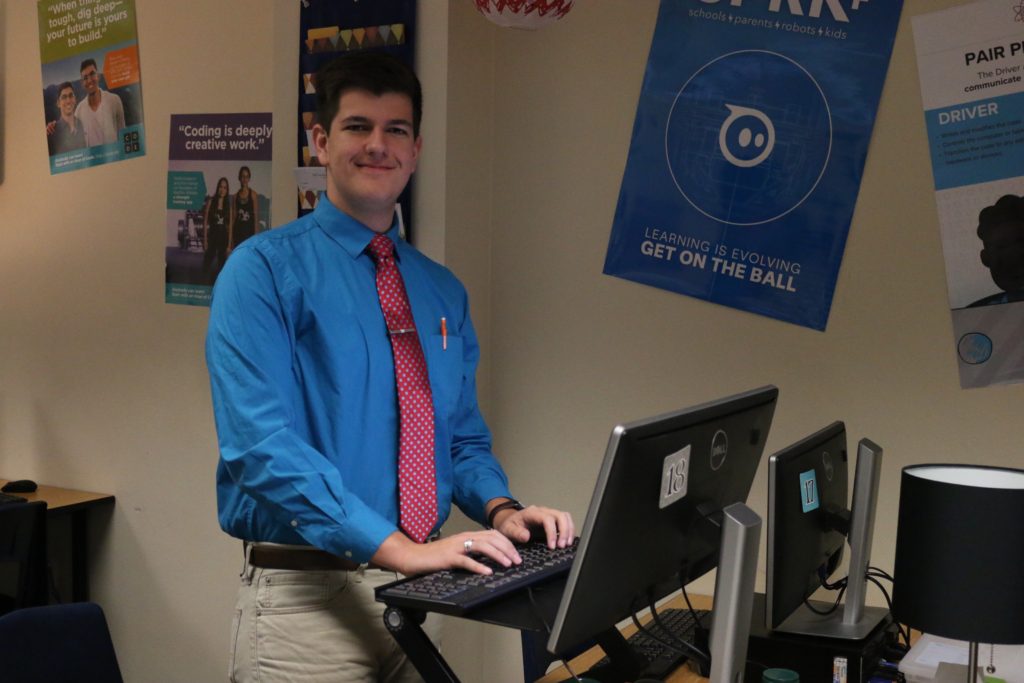 In May of 2018, seniors at Midway High School will become the first graduating class to complete four years of learning under the House Bill 5 Endorsement Plan. In honor of this we interviewed students who have achieved especially notable successes through these courses, and asked them to explain how this plan has affected their educational career here at Midway, and their plans for the future.

Upon meeting Garrett Lackey, the Midway senior nonchalantly mentioned his “freelance work in which (he) made programs for sorting the various repositories for small companies.” Lackey said he didn’t consider it true job experience, because he was a sophomore at the time and it didn’t feel like real work.

This set the precedent for the remainder of the interview with Garrett Lackey, as he explained his success through the endorsement program at Midway High School with a tone of unwavering humility.

Garrett, a senior at Midway High School, has spent his four years achieving a great mass of awards and recognition for his work in various organizations. Though he is an active member of the robotics, theoretical physics, speech and debate, chess, and computer science clubs, Lackey focused on his work in Business Professionals of America. During his junior year, which was his first time to compete through the organization, he worked with other students to create a game which won seventh place in the nation.

Cleary, Lackey is quite accustomed to the success achieved through both hard work and immense dedication. Much of this work started at the beginning of his high school experience, when he was asked to pick an endorsement plan.

“I originally chose the mathematics endorsement,” Lackey said when asked about his early years at Midway. “It’s what I thought I wanted to do, but the classes I ended up liking the best led me to the CTE plan.”

The CTE plan, better known as the career and technical education endorsement, allows students to take classes around this specific area of interest alongside their basic courses. Lackey has taken four different computer science courses, geometry in construction, introduction to engineering design, and a lengthy list of other courses that have allowed him further direction in his post-secondary career plan.

“I went into high school wanting to be an architect,” explained Lackey, “but now I want to be a physics professor.” When I asked him how this shift came about, he attributed a majority of the decision to two teachers that changed his outlook on teaching, Mr. Ben Kosarek and Mr. Wes Evans.

“My IED (introduction to engineering design) teacher Mr. Kosarek and physics teacher Mr. Evans both made me want to become a professor, because they genuinely like what they teach,” said Lackey.

To reach this goal, Lackey plans on majoring in both physics and computer science, due in large part to the introduction to these subjects that he has received through the endorsement program. When asked about his college plans, Lackey said he “would like to attend the University of Texas at Austin, and then apply for an internship through the Department of Defense which would provide me with a job for the four years following my college graduation,” just confirming how promising this young student’s future will inevitably be.