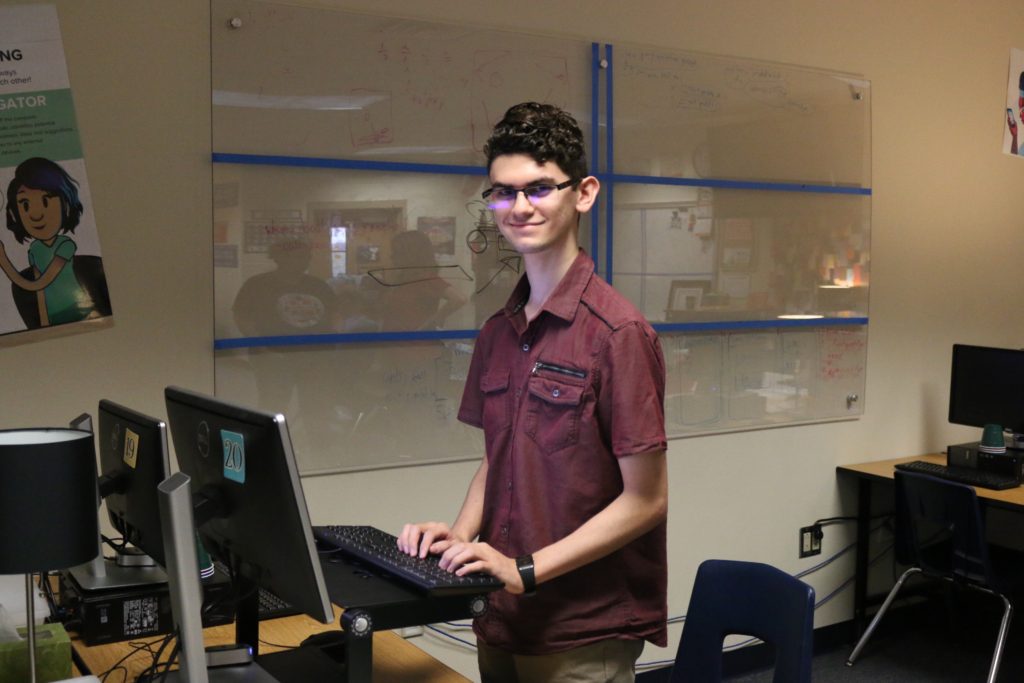 In May of 2018, seniors at Midway High School will become the first graduating class to complete four years of learning under the House Bill 5 Endorsement Plan. In honor of this we interviewed students who have achieved especially notable successes through these courses, and asked them to explain how this plan has affected their educational career here at Midway, and their plans for the future.

While most children were playing with toys or watching cartoons, Midway senior Steven Acevedo was planting a seed for what would grow into a lifelong fascination with the constantly evolving worlds of science, technology, engineering and math.

“I’ve always been interested in the field of STEM. It basically started before I was five years old, when my dad was showing me how to navigate one of the old box computers and internet,” Acevedo began.

A few years and several dozen courses later, Acevedo says he has remained “steadfast” with this subject area, eventually fueling his decision to choose the STEM specific endorsement plan during his freshman year at Midway.

Through this plan, Acevedo has capitalized on this fascination and expanded not only his knowledge, but his ability to apply what he has learned.

“My principles of engineering course gathered up all of the information from previous courses and helped solidify all of that knowledge into applied engineering…and how these two things coincided with each other,” said Acevedo. “It helped me solidify the fact that I do want to delve into a computer science or engineering base in the future.”

But for Acevedo, the future came sooner than graduation. After being introduced to an internship program offered by NASA in his aerospace engineering course, he decided to apply for a chance to work closely with these engineers and gain first-hand experience. Not surprisingly, he got it.

“I learned a lot about aerospace engineering and the NASA applications here on Earth through the courses online,” Says Acevedo about his experience. “Once I completed this program I was able to be invited to spend a week on site at the Johnson Space Center last summer. We worked together with NASA scientists and engineers to plan a full mock mission to Mars.”

For the future, Acevedo plans to continue his pace of success with an education at MIT, Cornell, Georgia Technical University, or perhaps a school closer to home. “I want to eventually become a nanotechnology engineer,” he says proudly. “I want to be leading something out of this world that somebody hasn’t experimented width.”

Steven’s achievements, and plans for the future, were impressive to say the very least. But after the interview had concluded, Steven happened to mention that he was the president of the school’s computer science club.

“Right now we are actually planning an event where we travel to middle schools to teach students about coding,” Acevedo said excitedly. “We are trying to encourage computer science in the Waco area to get Waco more technologically involved, like the other cities in Texas.”

For Acevedo, it would be simple to focus on college applications and his plans for the remainder of his senior year. But before leaving Waco for a life promising continued success, he is focused on enabling our city, and its younger generations, to reach the potential it possesses.

And perhaps, that is the most impressive part of Acevedo’s story after all.